Daily fines for a late 2016 tax return are approaching 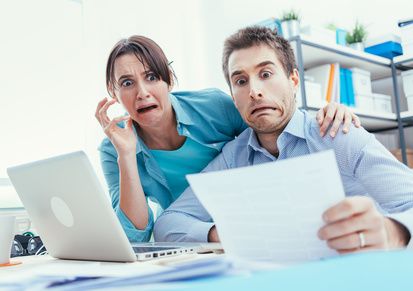 The fine applies even if you have a overpayment of tax for the year – it is quite normal to see that tax refund you would have been entitled to disappear against fines for not sending in the overdue 2016 personal tax return.

There was indeed a £100 fine on 1st February 2017, the day after the final deadline for submitting the 2016 tax returns online.

However, there was also a 5% surcharge on any tax outstanding at the end of February – and you won’t know if there was any tax due unless you have completed the return and worked out the tax due.

In addition, you will have an interest charge on top that has been building up since 1st February 2017.

Now, you also have the prospect of daily penalties coming from the end of April 2017 – these are £10 per day and will be charged for up to 90 days, so making another £900 in fines.

There are even more penalties on top at the end of July should the return still be outstanding.

Remember, the fines relate to the return itself – so if you still have an outstanding return it would be highly recommended to complete and submit this to HMRC without further delay.

If you need any assistance, please do get in touch – there is no charge for an initial consultation by email.