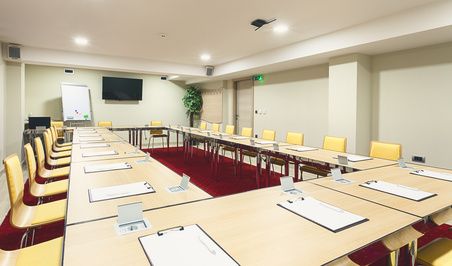 I’ve been involved in face-to-face networking in Surrey since 2008, and have seen many changes since then.

However, when reviewing things, I fear that it could be Surrey actually achieved peak networking back in 2011.

There are many benefits to face-to-face networking (you can download my getting started with business networking guide here), however things do appear to have been shifting more towards the online.

Whilst it used to be possible to go to events almost every day if you wanted to (and even several times a day) the numbers have been reducing.

There could be a number of reasons for the reduction in events and attendance:

Changing work patterns?
In the past many people were working regular office hours, perhaps from an actual office.

Now, many businesses can be run from a laptop anywhere their owners are located.

Without a fixed business address within a county the location is of less importance and means that a much wider area can be covered. Clients could be located quite a distance from the networking event, making travel between them inconvenient.

Similarly, many businesses operate outside of what used to be considered the normal business day, so events timed to fit into that day no longer easily add into the diary.

Eco concerns?
Having a group of people all travel to one location for a meeting causes quite an effect on the environment.

There is a pollution cost of the transportation, even if it is minimised by driving hybrids or electric vehicles.

Time concerns?
Whilst the meeting may only be an hour or two long, that is not the whole time cost.

It is likely to take perhaps 30 minutes to an hour to get to the meeting, so that adds another one or two hours to the total – perhaps doubling the time of the event.

Cost concerns?
There is a cost to attending a face-to-face meeting, at a minimum just the travel cost and lost work time when travelling.

On top of that there could be meeting fees and an annual membership fee – something people will be looking to justify their investment with proof of success beforehand.

Regular attendance?
To get the most benefit from regular networking events, you need to attend them regularly. (Indeed, for some groups you are not allowed to miss more than a few a year in order to remain a member.)

Unfortunately, for many people their changing work schedule and client demands may not mean that this is as possible as it was in the past.

For those events that don’t have a rigid attendance policy, if you are away from one and someone else is away from the next one then it could be 3 months before you see the same people. This doesn’t result in a good development of relationships, so some benefits of face-to-face networking can be lost. Similarly, if someone stops coming to the meetings then any previous time spent building up the networking knowledge with them could be lost.

Return on investment?
When people are looking whether to ‘go networking’ they may not have an interest in some of the other good benefits and instead are focussing solely on the finance side.

For them, they will look at their total investment of time (and the money cost of it) as well as travelling and membership/meeting costs.

This will then be set against what income the networking generates. However an important point they consider is turnover vs profit.

Whilst the turnover generated from networking may be one figure, the actual profit at the end of the day is the figure that matters.

People will look at their actual profit figure compared to the total networking cost figure, if the result isn’t positive then they rightly won’t want to do any more networking.

These are some of the factors that could be affecting what used to be a very large number of events. However, some have been replaced by online versions that overcome many of these issues.

What do you think of the future of face-to-face networking in Surrey?