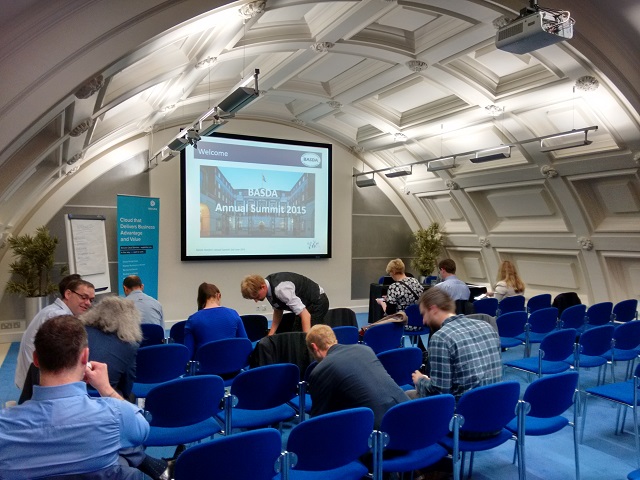 As a BASDA member I was at their annual summit this week, held at the BMA in London.

With the proposed changes to the tax system, I was very keen to hear from their keynote speaker, Mark Dearnley who is HMRC’s Chief Digital and Information Officer.

I’ve set out below some key points from his presentation, and will be expanding on these in future posts as we have further details in due course:

– HMRC currently receive 30 million letters a year, and are going to be scanning these so there will be a digital record.

– Each year HMRC sends out 200 million letters at present, however there are plans to reduce this with more online communication options.

– The 64-8 agent authority form is being reviewed. At present the optional online system for authorising an agent is not the most useful, which is why many agents still use a paper authority form.

– There are plans to offer a secure mailbox facility, so that communications can be done electronically in future rather than by post.

– With the proposed move to scanning of post and online communication, it is proposed that it will be possible to track the progress of communications through the system to see what has been done and when a reply is expected.

– At the moment HMRC handles 55 million telephone calls a year. From speaking with several people recently unfortunately the current wait to get through to someone for the public can be over an hour. I have even heard of one case in the last month where a taxpayer was on hold for over two and a half hours trying to speak to someone at HMRC. The move to more online communication, and to the proposed direct access to HMRC’s systems for agents to make changes to tax codes for example is greatly anticipated.

Of course, many of these points will benefit both HMRC and the taxpayer in reduced time and costs so are to be welcomed.

What we are still waiting to hear about in more detail are the proposed changes to ‘tax returns’ in the coming years – perhaps more information will be forthcoming in the upcoming budget on July 8th.