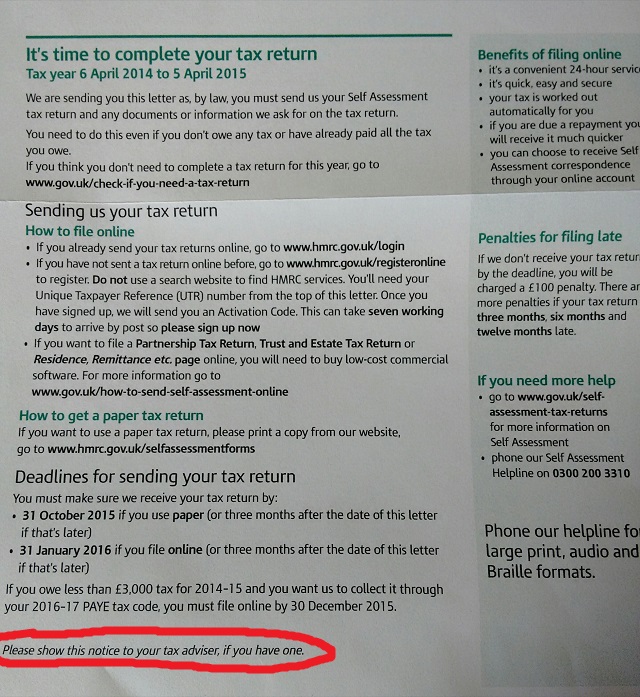 Many people have been asking me when their SA316 forms (the notice to complete a tax return) would arrive.

Although dated 6th April 2015, unfortunately my own SA316 has only just arrived – over two months since the alleged issue date.

This is an unfortunate delay, which has increased since 2013 when it took 6.5 weeks before the form actually arrived.

One point of confusion people sometimes have is between the SA316 notice and the SA100 tax return – it is the SA100 that is the actual tax return that is submitted, although in most cases I submit client’s SA100 forms electronically direct to HMRC.

There are still a few cases where HMRC is unable to process an electronic return and we still have to send the paper tax return by post. With the closure of HMRC’s local offices it is no longer possible to drop by and pick up a tax return form, but the form can be obtained online for printing at the taxpayer’s own cost and time. Speaking to several people recently they have had to wait for over an hour to try to get through to HMRC by telephone, so asking for a copy to be posted unfortunately isn’t a realistic option at present.