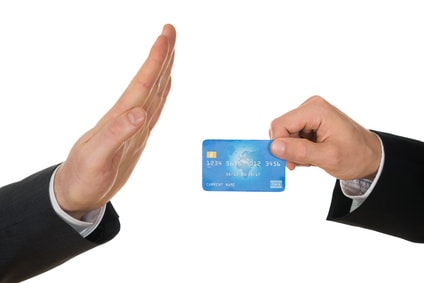 There is a good chance that quite a few people will go to pay their tax at the end of January 2018, but only then find out that HMRC has stopped accepting credit cards…

From 13th January 2018 it will no longer be possible to pay your tax using a credit card, although debit cards will still be accepted alongside bank payments as the preferred method.

This is an unfortunate consequence of legislation introduced to stop companies charging a fee for using a credit card.

It means that HMRC would no longer be able to charge for the extra costs it incurs in taking credit cards. HMRC cannot just absorb the costs, as this would mean subsidising those who use a credit card to pay their tax.

This recent change could catch people out, as they may not have planned to pay the tax due in one amount. However, it does show the importance of preparing your tax return as soon as possible each year after 5th April – that way you know your tax liabilities well in advance and can plan for them.