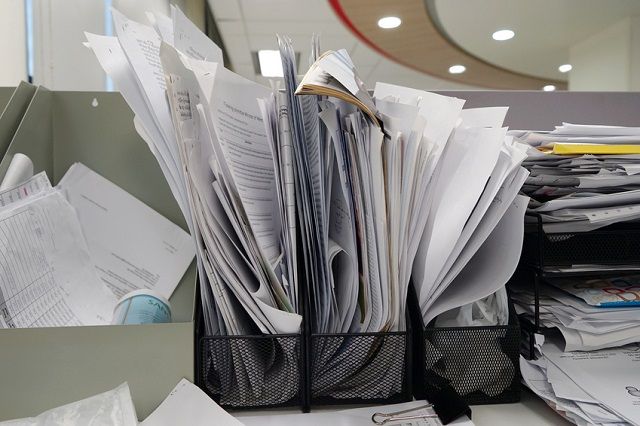 We now have more details about HMRC’s proposals for Making Tax Digital, and the quarterly ‘tax returns’ due from April 2018.

The consultation is currently running, so many of us are hopeful that changes will be introduced before then.

Whilst I do see some benefits in an ideal world, the number one change I would like to see is raising the exemption limit for making tax digital to the VAT limit for turnover – £83,000.

I’ve already submitted my response to the consultation and have set out below why I believe this exemption should apply.

As it stands, small businesses would be burdened with onerous requirements that do not appear to bring much benefit to either HMRC or themselves:

Indeed, some new businesses can unfortunately fall behind at the outset when they are devoting all the time they have into trying to make their new business a success. They may not realise exactly what they have got themselves into – something I hope to address with my free online course.

So believing that they will suddenly be able to go from maybe 9-10 months after the year-end once a year to now four times a year within 30 days does seem to be a stretch.

If the payment of tax as you go is to remain voluntary then there is no benefit to either HMRC or the taxpayer of quarterly accounting. Tax can be estimated quickly and a percentage saved already, rather than having to do full bookkeeping.

Increased administration burden
Rather than spending some time once a year, the business will have to be stopped 4 times a year in order to prepare the paperwork and submit this.

Whilst submitting an update isn’t a tax return and can indeed be done at the press of a button – what can’t be done quickly is 3 months worth of bookkeeping that leads you up to that one button press.

The reality is that many small businesses do not do their bookkeeping every day or week, they leave it for some time before processing.

The spreadsheet has served the small/micro business well due to its flexibility and ease of use, so forcing people to abandon years of development will be unfortunate.

Using apps and online bookkeeping isn’t just a few seconds a time, and for those that are putting all their time into their business it will be an unwelcome distraction. We know that some people unfortunately use their phone while driving, so for them the temptation could be trying to take pictures of receipts.

And apps and online records are only as accurate as the information entered. Many transactions are by cash, and what happens if a friend or partner perhaps buys items using their own bank card – reimbursed by the business owner later? That transaction wouldn’t appear on the normal bank statement.

Speaking of bank statements, it is assumed that a business bank account may be operated when the reality may be different. As a result there could be large numbers of transactions that aren’t business related and would have to be manually excluded from a bank feed into an app.

On top of the problems mentioned above, the first quarter end falls right at the start of the school holidays.

With only 30 days to submit an update, people could lose 2-3 weeks of that on holiday and then suddenly have to try to complete 3 months of bookkeeping within a week. This could lead to unnecessary stress and errors.

The fact that the first quarter is also the first one where the new systems have been introduced could cause a large issue – people would be learning new systems when they may be more interested in the annual family holiday.

Voluntarily paying tax – cashflow implications
Whilst people should be saving a percentage of their income during the year to pay tax, unfortunately the reality is somewhat different for many new businesses.

There are two reasons why voluntarily paying tax in advance of the legal due date would be unwelcome:

1) In quite a number of businesses they may pay the previous years tax due from current years income. This isn’t ideal and it is something that they should work towards correcting, but may be the reality. Therefore they would not pay tax in advance voluntarily.

2) Small businesses should have a cash buffer, something I talk about in my course. However the reality is that currently many do not. They may instead use their tax savings for short-term cash flow. They may use them for purchasing assets for the business when on sale for example, replenishing the fund through sales well before the due date. For them to lose this flexibility would be a disadvantage to the business, so it would not be something that they would choose.

Hopes for the future
I am hopeful that the making tax digital limit will be raised to the VAT limit. Due to the reality of how many small businesses work that would appear to be a reasonable course.

In an ideal world small businesses may indeed choose to move towards digital in the coming years, however on their own terms that don’t reduce their productivity.