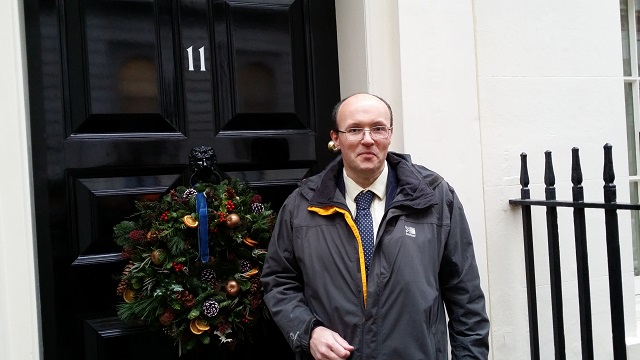 Last week we had the budget, which saw some useful changes announced as well as one that has caused quite a bit of confusion and worry amongst taxpayers.

I’ll cover the headings of the main points below, and expand on these in future blog posts, but the main point that has caused debate is the so-called ‘death of the tax return.’

Whilst this may make a useful pre-election soundbite, we don’t have the full details on what is proposed yet and even the consultation is only due to take place later in the year.

From the limited information released so far it appears that the plan is to move from the tax return form to an online tax account – but people already have online access to their HMRC account, which can be accessed either by their agent or directly by themselves, and provides details of tax liabilities and payments.

For years now an increasing number of people have submitted their tax returns online, either directly in simple cases or using professional software where their affairs were more complex. One useful change is that some basic information is planned to be pre-populated on the online return – such as employments/pensions and investment income.

It appears that ‘tax returns’ will therefore in fact actually continue but in a different format and perhaps timescale so only the name changes.

At present the tax year covers 6th April to 5th April and the online tax return must be submitted to HMRC by 31st January the following year. Any tax liability is also due by 31st January, and if liable to payments on account these are due on 31st January and 31st July.

Perhaps we could see tax returns changing to a shorter timescale, even reported monthly throughout the tax year. This may also raise the issue that HMRC could then collect tax every month rather than after the year-end – something to watch out for.

For the self-employed, accounts will still need to be prepared – as I mentioned in my last blog, whilst there may be the option of using simplified expenses for some items, you still need to prepare a record of the income and expenses incurred in the year. For those who don’t operate a separate business bank account it will still be necessary to split out the business details from the personal ones. And for the people who keep bags of receipts these will still need to be processed to produce the required summaries.

It has been mentioned that there will be links for people to use record keeping apps to feed the information directly into the online tax return, so I assume that this will also apply to professional accounting and tax software which has already been developed and refined over the years at a cost of many millions of pounds. It’s not just the raw data that is required anyway, this has to be processed to disallow any items that are not allowable for tax and also any personal use adjustments. In some cases there is the option of either using the simplified expenses model or the actual expenses incurred, in order to see what method is most beneficial for the taxpayer. This decision has to be made by reviewing both of the options, rather than just taking the quick option.

I did find it interesting that apparently the average tax return only takes 40 minutes! I’ve known people who have spent 30 minutes trying to get through on the help line…

Whilst this may be the case for someone who has very simple tax affairs and only needs to do a return perhaps for the higher rate child benefit adjustment, in the past they did not need to complete a tax return at all. For many self-employed clients the time taken to complete the bookkeeping, accounts and tax return is very much considerably longer for a professional. There is always the worry for someone who only completes a return once a year that they won’t be up to speed with any changes in tax law. Professionals are required to complete a minimum amount of study each year (Continuing Professional Development) and many professionals actually exceed this minimum to ensure that their clients are paying the correct amount of tax.

There have been many questions raised by the proposed changes, but we will see over the coming months and years how these will affect the small business owner.

Tax-free personal savings allowance
From April 2016 it is proposed that there will be a tax-free savings income allowance of £1,000 for basic rate taxpayers; and £500 for those at the higher rate.

Help to Buy ISA
ISA’s have been developing over the last few years, I reported on the new ISA some time ago. Now we have a specialised ISA, the Help to Buy ISA. ISA’s are tax-free and do not have to be reported on the tax return. The HTB ISA will enable people to save up to £200 per month and the government will contribute up to £50 per month – to a maximum of up to £3,000 in additional contributions.

ISA Flexibility
People will be able to take money out of an ISA, and not lose the tax-free status, provided it is repaid within the same year.

Selling annuities
At present if someone sells an annuity they pay a penalty tax of 55% or more. From April 2016 pensioners will be able to sell their annuity and only pay tax at their normal rates of tax.

With the new rules coming into force next month so that people can withdraw their pensions, and the annuity change above, it is always worth consulting a professional for advice. An IFA can advise on any investment implications of proposed transactions, and a tax adviser can help with how these will affect your tax liability over a number of years.