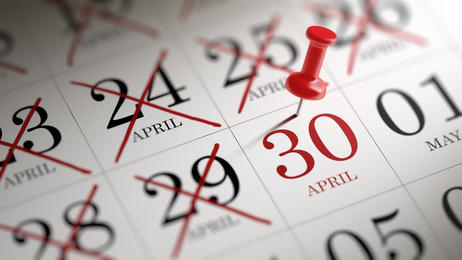 Unfortunately a £100 penalty has already been incurred if you have missed this date.

In addition, there is a surcharge of 5% on any tax you owe as at the end of February 2016. If you have missed the tax deadline then you may not know if you have a tax liability. If you do there will be a 5% penalty charged.

It is daily penalties that often catch people out, which apply from 30th April 2016 if the return is still outstanding.

From 1st May you will be charged a fine of £10 per day until the late tax return is submitted, up to a maximum of 90 days – so you could be building up a £900 fine if you don’t take action this month.

The late return penalty applies to the tax return itself, not your tax position.

You could find that if you were originally due a tax refund for 2014/15, it could be spent on hundreds of pounds worth of fines for not submitting the return on time and you actually end up owing HMRC instead.

It is therefore important to complete and submit any outstanding 2015 tax returns before 30th April 2016.

There are also further fines to come, on top of the £1,000 charged, if the return remains outstanding after the end of July.