Unhappy with an accountants charges 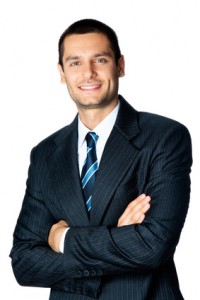 When Martin arranged to see us he already had an accountant, however was very concerned about the invoice he had just received.

Martin runs a one person business and has fairly straightforward tax affairs. When he engaged his previous accountant he was told that the bill would be £500-£750 which he thought was reasonable. Unfortunately the amount he was given was an estimate rather than a quote, and when he received his final bill it was close to £2,000… with VAT on top.

Understandably, Martin was most upset about this – he had budgeted for the amount he was told initially and the invoice was a complete surprise.

Martin carefully prepared his records each year and provided summaries to the accountant, who unfortunately insisted on redoing the records himself. Also, because his previous accountant charged by the hour, even picking up the telephone to ask a question added to his bill. This resulted in a bill of nearly two thousand pounds for the bookkeeping, accounts and tax return.

We discussed the position with Martin and explained that his situation was exactly the reason why we developed fixed fee packages, in order to provide reassurance to our clients. After talking through the options he decided that the Bronze level package would be suitable for his needs at present.

He was already preparing the figures himself, so it was an easy method for him to continue doing this and as a result his fees decreased significantly. On top of that Martin was able to relax, knowing that the fixed fee packages we offer cover many items that would be considered extras from other advisers.

In addition to this, because no work was being redone he could have his finished accounts and tax return much earlier – enabling him to plan for the future rather than be delayed.

The clear format of our accounts schedules also made it easy to analyse the performance of the business and plan for future growth, rather than just something that is signed and filed away each year.