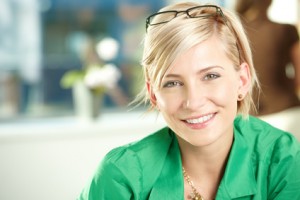 Leann had started a part time self employed business and initially had not been concerned about tax as she believed her expenses were covering her income.

Leann had been hearing conflicting advice from various friends concerning tax, so was becoming increasingly worried about the potential tax implications of her self employed income.

When we met we were able to put her mind at ease and explain the position clearly. As she had been referred to us early we were still within the submission deadline for the tax return.

We have had several new clients in the past who missed the submission deadline, before engaging our services, where the HMRC penalties were more than our fees would have been. It is important to get advice at an early stage, as the fines could be a needless expense. Accountancy fees are also a business expense for the self employed and qualify for tax relief.

As part of our service we advised Leann on all the additional business expenses she was entitled to claim relief on. As it was her first year of trading there were several expenses that she had not thought about.

After we had prepared the accounts the net result was that there was actually a loss rather than the break even she thought. Having this information was important as Leann needed to know how her business was actually performing. The accounts we prepared could be used for this as they clearly showed the position, and could be analysed for future improvements.

What Leann also didn’t realise was that the loss could be set against her employment income for the year. The result was a tax refund that covered our fees and gave her several hundred pounds back. This is particularly useful when starting a business, with the initial startup expenses involved.

Find out more…
Please contact us and we will send you: